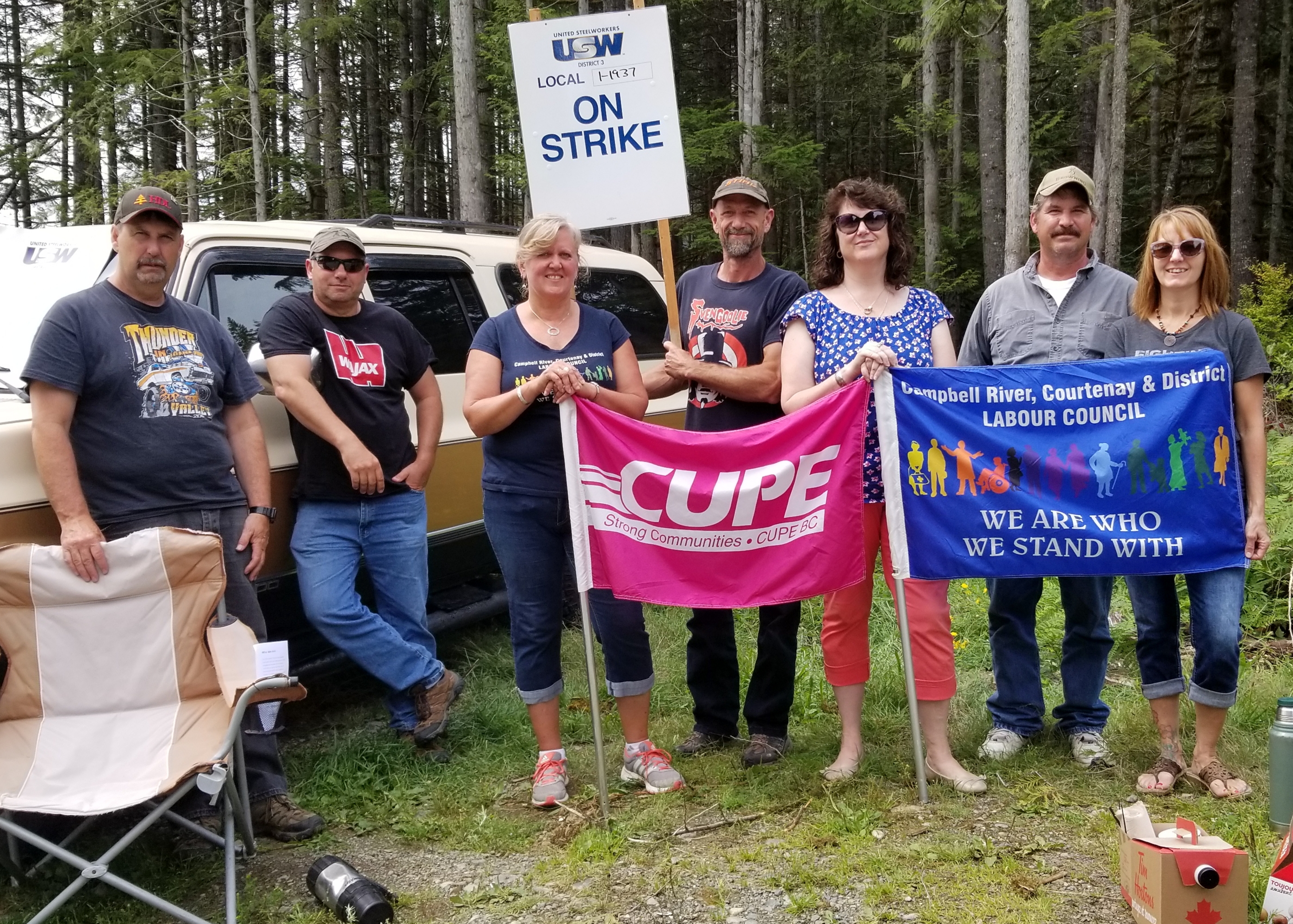 CUPE 723 members and other delegates to the Campbell River, Courtenay & District Labour Council have been supporting the forestry workers on strike and in dispute with Western Forest Products. USW members have been out on strike since Canada Day and picket lines have been supported at Menzies Bay and Big Tree Creek. Mediator, Vince Ready was brought in to help bring the dispute to an end but after speaking to both WFP and the union, found the 2 parties too far apart. A number of concessions are on the table, including 2-tiered wages, cuts to benefits, pensions and health and safety. Given the downturn in world markets, high stumpage fees and stockpiled wood, the company sees no reason to bargain fairly at this time.